Another edition of the Gentry Open has passed and that means, among others, resetting the leaderboards. And that, in itself, offers the chance to check back on how they work, what they do and look for adjusting things where needed.

What is a leaderboard 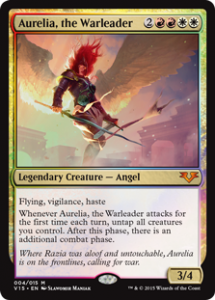 A leaderboard keeps track of peoples performance in a monthly tournament in a certain location. At the time of writing, those locations are, in no particular order, Gent OPG, Gent WEC, St. Niklaas Brainfreeze, Merksem and Bredene. Placement on the leaderboard has an impact on selections for slots at the Invitational, byes for the upcoming Gentry Open and, of course, eternal bragging rights.

Any location can get a leaderboard, it does not cost anything, just contact us at gentrymagic@gmail.com

How do I get points

The points are based off your results in the monthly leaderboard event (sometimes called ‘Ladder’ event) and award you points equal to a third of the contestants (rounded up) plus your reversed standing. That means, if you get first place in a 20 player event, you will receive 20+7 points. If you make third, it would be 18+7 points. Nothing here changes from the past season.

What does change, however, is how points across multiple events are used. For a season with X leaderboard events, we will only count your best X-1 scores. That means, if you miss a single event, or you did very poorly in a single event, it will not eliminate you from contention straight away which was often the case in the current system. That also means it will be a lot harder to predict the outcome of the leaderboard after the last event of the season since some people might still have a full event slot to add and other will only replace their worst result. To help people assess how they are doing, there will now be an indicator to show how many events a player has played to gather the amount of points shown.

More byes to be won

That is all being changed.

We are giving away more byes and the local community will control exactly how many. For each increment of 32, rounded up, your leaderboard will award a bye to the top players. That means for 1 to 32 players total in the list, only the top player gets a bye. As soon as there are 33, 1 and 2 will get a bye. And at 65 number three will get their free win at the Gentry Open. Top performing players now have extra incentive to help grow the community and bring in new players. 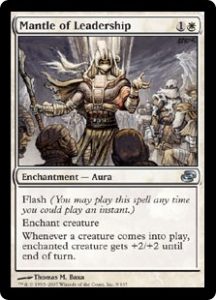 The Invitational used to be a way to hand out an extra bye and get some matches on camera in the meantime. The last edition was held at my home and the atmosphere made me realize it didn’t need to be “just a tool” to feed into the Gentry Open and should have a reward of its own. Therefor, the Invitational will no longer reward a bye to the Gentry Open and will no longer award special boosters to the participants. In exchange, it will have a type of trophy of its own which is still in the design stage and the meal is included in the event free of cost.

We are reducing the number of slots that are given away through Leaderboards in order to increase the ones that are selected more out of a community driven vote. We still want to give players some power over the slots, though, and that is why any leaderboard can earn a single slot to their top competitor if they have at least 32 different players on their leaderboard at the time selections take place. When is that? The Invitational takes place shortly after players got access to the set that comes out in February or June. A single update to each Leaderboard after the set is available locks in an Invitational slot if your Leaderboard has 32 players or more on it.

The only other slot you as a player have control over is the one that goes to the most recent Gentry Open Champion.

All the other slots will be decided by votes and selections that will happen through the Gentry Page on Facebook or the “League of New and Beginning Magic Players” group on Facebook.

What else is new

While the Invitational takes place in a private location, there will be a viewing party in Outpost Gent with the possibility to play some events while rooting for your champion. These events will be fun oriented rather than serious competition since that is what the Open is for ;-).

Looking forward to sharing another Gentry Season with you,
Niels